Friendship blurs the borders between countries 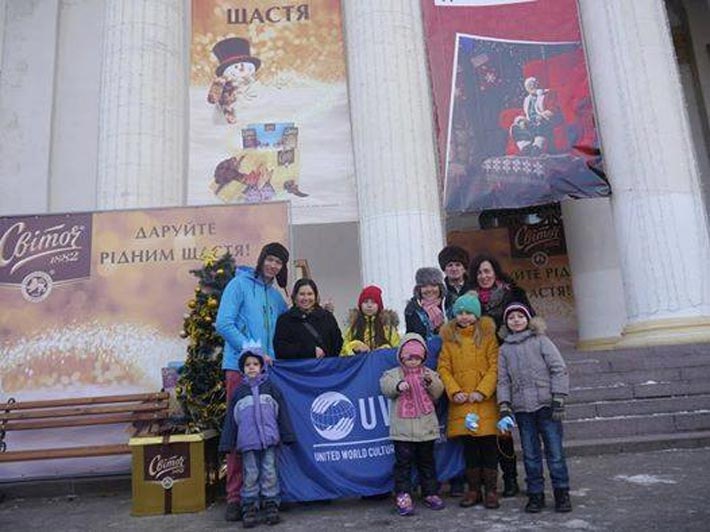 On the eve of the New Year the Charitable Foundation "United World Cultures Foundation»(UWCF) organized a meeting in Kyiv with Polish colleagues and friends - Towarzystwo Przyjaciol Ukrainy (Society of Friends of Ukraine), which helps Ukrainian people and immigrants in particular. The meeting was held in a positive atmosphere.

"Friendship blurs the borders" - are not just words. It's already been a year of our friendship , of working together at the implementation of the international children’s projects, travel and leisure. In January 2016 there was a meeting in Poland, and in December there was one in Kyiv.

The executive director of UWCF Olesya Tarasenko visited Poland from 3rd to 9th of January . At the invitation of TPU - Towarzystwo Przyjaciół Ukrainy she attended the diplomatic reception of the African countries, representators of which have been living in Poland for a long time and have outstanding achievements.

The details of the International Children's Movement "Flying backpack" were discussed. This movement has started in 2017 and will officially become the basis of friendship among children all over the world. To get the details on the release of the project please go through the link below: https://www.facebook.com/groups/FlyingBag/?pnref=story

We believe that the Charitable Foundation "United World Cultures Foundation" will help to create a new Ukraine through the development of our talented children.