“The Martial Arts Festival" will be held on December 2 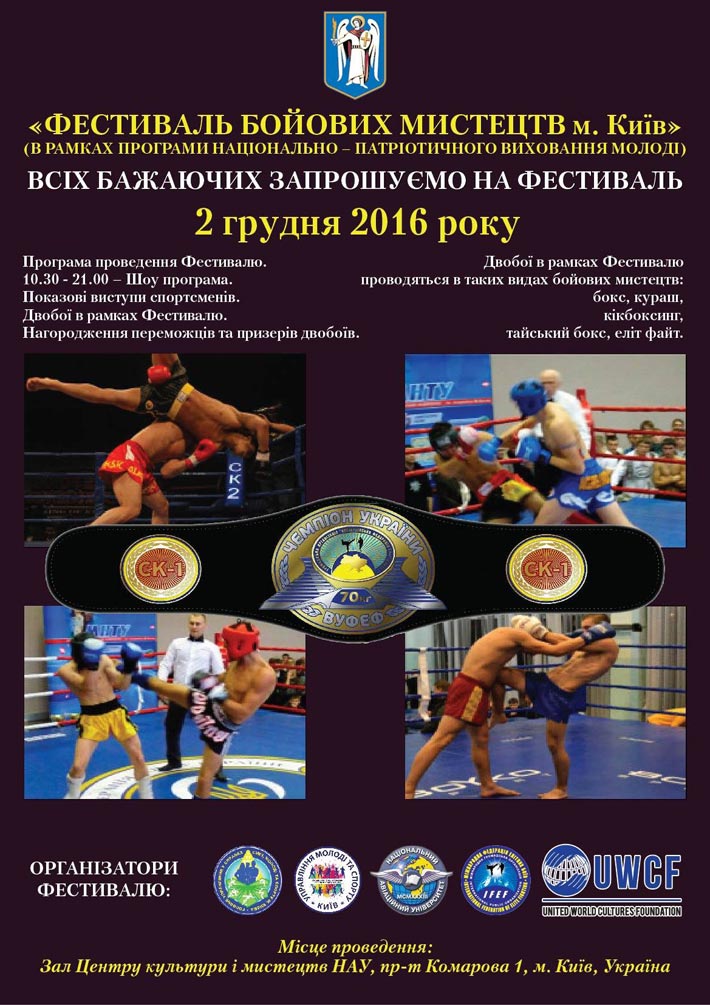 "The Martial Arts Festival" will be held on December 2, 2016 at 10:00 at the Center of Culture and Arts of NAU (1 Kosmonavta Komarova), within the framework of the program of national-patriotic education of children and youth.

The festival aims to popularize the healthy lifestyle among the population of Kyiv, and to involve children and young people in sports, the martial arts in particular.