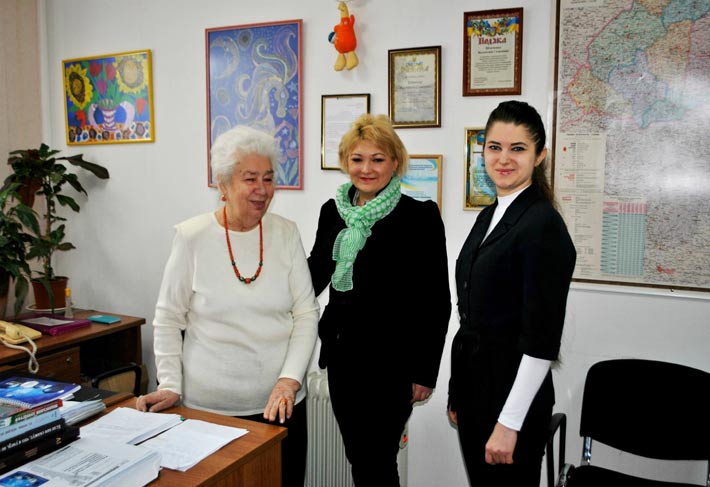 The "Our health is in our hands" project of the "Walking into the Healthland" program of Charitable Foundation "United World Cultures Foundation" was created as a social project for the population, where a healthy person treats a sick one, the rich people treat the poor, when a person can feel security, and a rich person can feel himself a philanthropist.

A partner meeting with PO Chairman, a very delicate, but at the same time, legendary woman, Valentyna Shevchenko, was held in the office of the Public organization "Congress of Business Women of Ukraine". It is the first woman in Ukraine, which has taken a high state position - from 27th March, 1985 until 4th June, 1990 she was the Chairman of the Presidium of the Supreme Soviet of the Ukrainian SSR; people’s deputy of three convocations. In the years of independence Valentina Shevchenko was engaged in social activities, headed the charity fund "Ukraine for Children" and the All-Ukrainian Charitable Foundation for the Development of Physical Culture, Sports and Tourism. From 2002 until today, Valentina Shevchenko headed the Congress of Business Women of Ukraine; she supports young women who decide to do business or social activities.

"The task of the Congress is to promote Ukrainian women in business, to provide legal protection. We have taken the garment factory in Uzhgorod back from raiders, who wanted to build an entertainment center there. We also had to fight for the Okhmatdet Children's Hospital permises, which were intended for HIV-infected children. Today we'll transfer there necessary medicines from your project "Our health is in our hands", "- said Valentina Shevchenko. 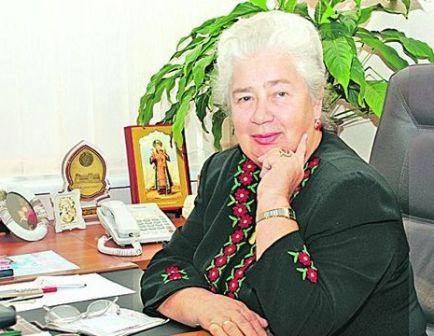 We talked about the value of health in the life of every person and of society. According to the US news agency «Bloomberg», Ukraine ranks 99th in Bloomberg's health-care efficiency index.

"Prevention and timely medical treatment play an important role in preventing disease and its complications. Unfortunately, Ukrainians go to the doctor for medical help to treat rather than to prevent illness. We have no culture of health, people do not care about themselves, and most importantly, we do not receive the necessary medical care because of inadequate funding of Medicine. Therefore, our Foundation has implemented the program "Walking into the Healthland" to raise awareness about people's state of health ", - said Lyudmila Lysenko, head of the program"Waking into the Healthland " of the "UWCF".

Numerous studies show that the health of the people is constantly declining in Ukraine, so the preservation and strengthening of human health is an urgent problem and concern of the "United World Cultures Foundation" and the NGO "Congress of Business Women of Ukraine."