Trick or Treat! – Halloween Is a Terrible Lot of Fun 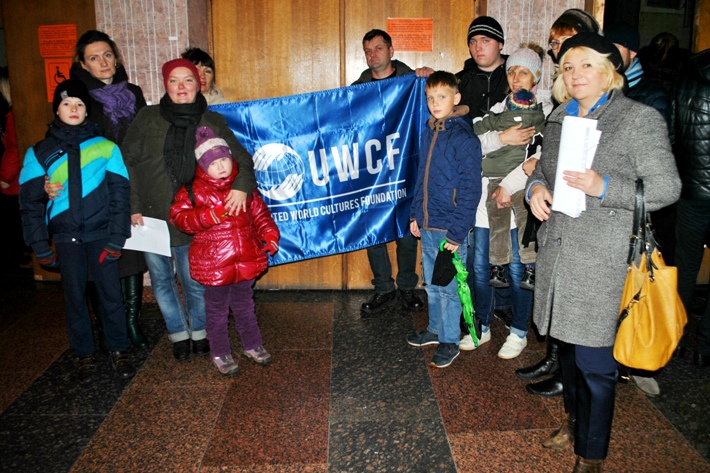 Celebration of Halloween or All Saints’ Eve in Ukraine gains increasing popularity from year to year, and receives more and more thorough preparations. It is celebrated annually on 31 October. Halloween celebration has moved to our country from abroad, specifically, this holiday is most enjoyed and traditionally celebrated with vibrant and massive festivities in the USA, the UK, Canada, and Ireland.

“Trick or treat!” – these are the words children in most countries say going from door to door and asking for treats on the Halloween night. And this year little trick-or-treaters visited United World Cultures Foundation too!

It's a good thing that we at UWCF have a tried-and-true partner, international charitable organization Kryla Volunteer Association, and good friends, Esport.in.ua Ticket Service and EnergyMedia LLC, who helped UWCF to survive through that “scary night” and invited kids from the Rodyna Social Rehabilitation Centre, as well as boys and girls from Donbas who are temporarily placed to live in Dzherelo Recreation Centre in Pushcha-Vodytsia, to the National Circus of Ukraine. On 1 November, it was the place where scary stories from classical Hollywood horror films came alive.

Performance “Circus Ghosts” span a web of sinister mystique around the audience, spooky characters terrified by their sight, giving shivers to adult viewers and making little gigglers roll with laughter. Clowns, freaks, athletes in tights, aerial performers, creepy sounds, play of light and shadow – all of this plunged us into the horror film reality. The kids were overwhelmed with joy! Their high emotions and loud applause really supported the performers.

Efforts taken by the charity event’s organizers have paid off well as children’s eyes were shining with delight and you could easily read there that the circus program would long dwell in the hearts of young viewers.

We would like to THANK all the participants and organizers of that special event!