Cancer Is Not a Death Sentence 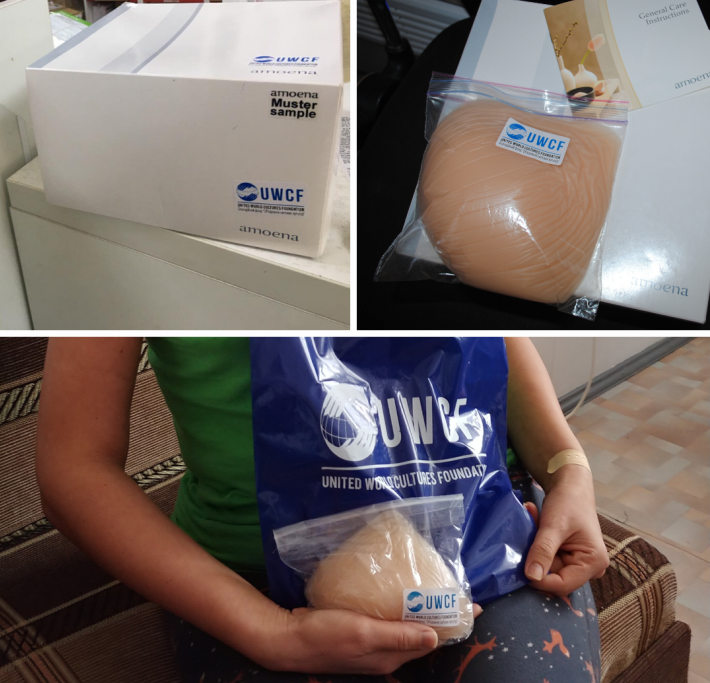 Narcosis, the surgery – and a woman’s life is divided into the period before and after. The disease that does not choose, interfering – all of a sudden and without any mercy – into lives of both young girls and older women, is breast cancer.

Ruth Handler, an American woman who invented the Barbie doll, was diagnosed with breast cancer. And this Amazon managed to turn her own grief into a business — she started making breast prostheses. They were used at the time by a number of famous people, in particular, by Betty Ford, the wife of the then current US President. Another former first lady of the United States, Nancy Reagan, lived with a breast prosthesis – she spoke openly about her situation and called on her fellow countrywomen not to surrender to the disease.

For Ukrainian women, it is also possible to feel attractive after having their breasts removed.

Team members of the campaign “Battle for Life Goes On, Amazons!” (donation of free breast prostheses to women) of the UWCF program “Walking to the Health Land”, have handed over ten Amoena silicone breast prostheses to the Regional Clinical Cancer Centre of the Kirovohrad Regional Council. The prostheses cost nearly UAH 5,000. They are made of silicone and stick directly to the skin, allowing women even to go braless, dive and swim in the sea, and feel attractive and confident again.

“Her whole life flashed before her eyes, when a young woman from Kirovohrad Region (who will remain anonymous) first heard the appalling diagnosis… Shock and fear, frustration and anxiety, powerlessness and strain were alternating in the kaleidoscope of emotions. What we as doctors have to do is to make sure a person does not feel left alone to face the disease. Unfortunately, life is unpredictable. There are things that we cannot control, no matter how much we want to. However, there exist some other unfailing things that will be with us forever – humanity, mutual support and goodness. We selected and provided free of charge a silicone prosthesis to a woman who got operated. This prosthesis donated by the charitable foundation UWCF is made by the German producer Amoena, which is considered one of the best prostheses in the world. We comforted and supported the woman, gave her some confidence. This was all she needed at that moment”, says Ihor Makaruk, gynaecologic oncologist of superior expert category, Medicine Deputy Director of the Kirovohrad’s cancer dispensary.

Dear Amazons, keep up your therapies and be sure that life goes on. Open up to the world and you will receive lots of warmth, kindness and love.