Home / Medicine and Healthcare / Our Health Is in Our Hands Project 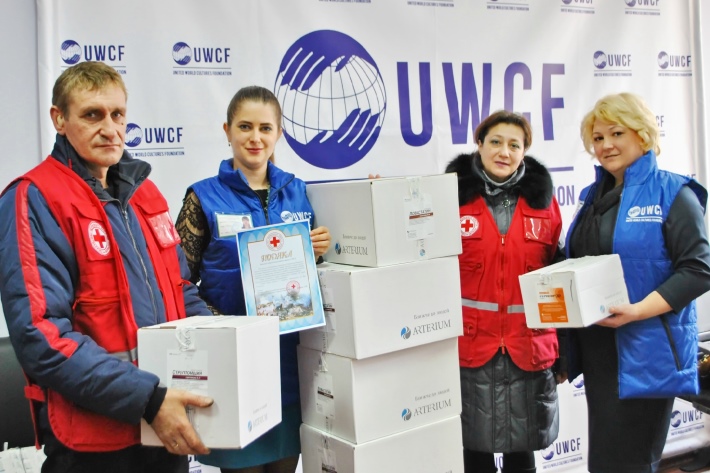 "I never lose the opportunity to support even the slightest initiative, because it is often a miracle rooted in it" - these words by the British nurse Florence Nightingale, one of the legendary figures in the development of the planetary ideas of the Red Cross, today, in the critical circumstances of Ukraine, are perceived as an important call of all benefactors.

Much of our people live below the poverty line or close to her, we believe the main thing nowadays is to provide medical and social assistance to the most vulnerable segments of the population. These are mainly families with children with special needs, large families, families affected by emergencies, refugees, migrants. The situation in the country dictates the priority of the direction of activity in the United World Cultures Foundation. The purpose of the UWC Foundation is to protect children's life and health, regardless of race, religious beliefs or political beliefs.

Our cooperation with the Obukhiv city-based organization of the Red Cross Society of Ukraine was traditional, and an agreement was signed on providing charitable assistance for a rapid response to emergencies. The joint activity is carried out in order to preserve and strengthen the health of the population, special attention is paid to children with impaired health and families with many children.

UWCF began the year from delivery of medicines to the Obukhiv city-based organization of the Red Cross of Ukraine with a total cost of about eighty six thousand UAH. Transmitted medicine-streptomycin, lovastatin, herpevir, revomoxib. Head of the UWCF Charity Fund, Kobets Elena, noted that this become possible by Arterium Corporation.

As the Sister of Mercy of the Red Cross noted, such support from the Charitable Foundation "United World Cultures" inspires residents hope and belief for the better, and most importantly - the feeling that they have not remained alone with their problems. This assistance will be a significant support for people who don’t have enough money for medicine.

In his turn, Lyudmila Lysenko expressed gratitude to all non-indifferent organizations who joined the project "Our health is in our hands" of the program "Walking to the Health Land" of the United World Cultures Foundation, and also emphasized that we set ourselves the task that the medicine that are transmitted free of charge, reach the end user for free.

The Red Cross and the UWCF unite the affairs of mercy.