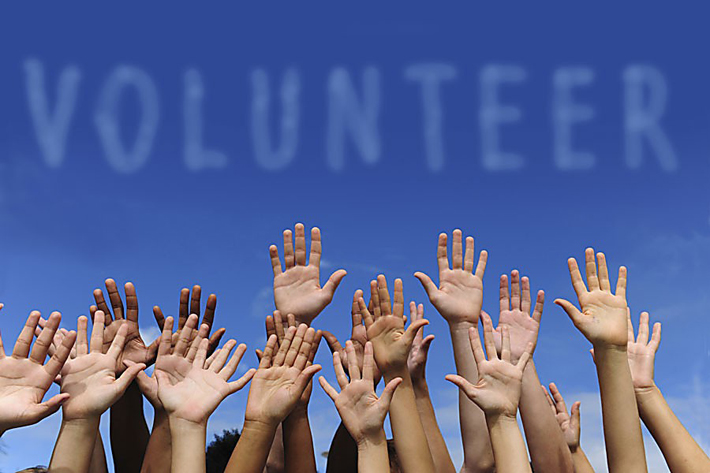 The volunteer movement is in fact part of every civilization and every society. A volunteer is a person who voluntarily carries out socially directed non-commercial activities by providing volunteer assistance.

Volunteer organizations are key players in the economy as employers and service providers increase the overall economic performance of the country and reduce the burden on public spending. This sector also plays a key role in creating the conditions in which the economy can thrive, investing in people means of training, improving skills and improving job opportunities for people in the labor market.

Volunteering makes a meaningful contribution to the economy throughout the world. According to the study by the Johns Hopkins Civil Society Research Center, in 2017, approximately 140,000,000 people in 37 countries participate in Volunteer Work this year. If these 140,000,000 volunteers came together, it would be the ninth largest country in the world. These 140,000,000 volunteers represent the equivalent of 20,800,000 full-time jobs. Annually volunteers contribute about a billion dollars to the world economy.

A feature of the volunteer movement is that the student youth is one of its largest groups. Participation of young people in the volunteer movement gives them the opportunity to make a personal contribution to solving social problems, to check their possibilities, participating in projects and programs of social orientation. Theoretical and practical training of young people for volunteer activities is carried out in schools of volunteers.

Non-governmental (public) organizations acting on a voluntary basis can also be considered volunteers. Among them are youth and scout organizations, youth political, sports or environmental organizations, organizations that are actively engaged in the development of settlements and solving specific problems of local self-government.

2014 was a significant year in the development of volunteerism in Ukraine, it gave a powerful impetus for the formation of a number of volunteer movements, which have become a vivid example of the high level of civic consciousness of Ukrainians and their ability to self-organize effectively. Beginning with helping the participants in the Dignity Revolution, the volunteer movement has evolved into a complex and large-scale business - providing the Ukrainian army with everything it needs. During this period, there was a surge in state registration of public and charitable organizations. Since the autumn of 2014, volunteers have started close cooperation with the Ministry of Defense of Ukraine, where a council of volunteers was established. Representatives of volunteer organizations are involved in clothing, food and medical supplies, some of them are now working in the Departments of the Ministry of Defense responsible for supplying the Armed Forces of Ukraine. And most importantly, the volunteers here show the effectiveness of their activities compared to the old army cadres.

At the moment, there are significant features of volunteer activity in Ukraine:

- high level of initiative and independence of volunteer structures;

- the formation of volunteer structures, such as organizations of civil society, professionally satisfy certain needs;

- the coming of many volunteers, not from civil society structures, but from different spheres of professional activity, in particular, IT technologies, entrepreneurship, and the like;

- a certain "forcedness" of volunteer initiatives is a consequence of insufficient effectiveness of state institutions or limited resources of the state.

So, the volunteer movement in Ukraine at the present stage is a manifestation of a certain maturity of civil society, it supplements the functions of state bodies, contributes to the stabilization and regulation of social relations in the conditions of decentralization.

Thus, the importance of such processes as volunteerism and self-organization of the population should not be underestimated. Civic activity as a trend is manifested either in volunteering or in participating in various political and social projects, and, in the end, contributes to attracting even wider sections of the population to the processes of self-organization at the local and national levels.

A key condition of the success of the volunteer movement and individual initiatives is a responsive government that responds to the pressure of the volunteer community, and under certain conditions, encourages volunteers to act.