Home / Rachel Beckwith and Her Charity

Rachel Beckwith and Her Charity 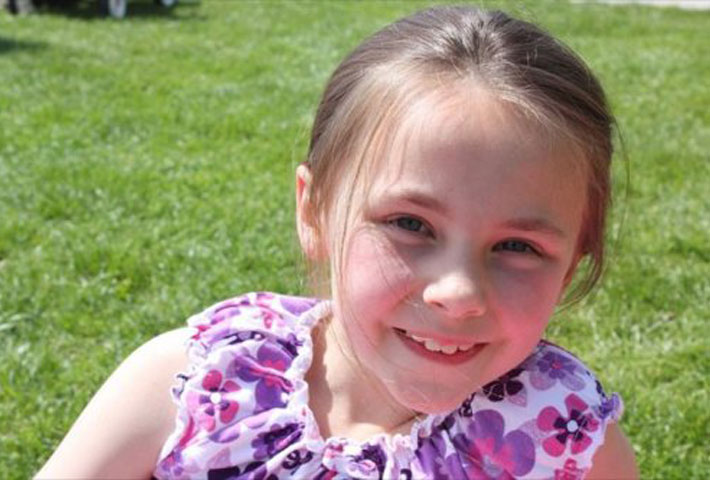 Let’s try and honestly answer the question – how often do we tell our children that the person’s most important quality is compassion, the ability to feel someone else’s pain as your own? You must admit that today it is no less important than having a quality education or good health.

Do we remember that it is compassion that is the true source of justice and humanity? That it is the basis of all morality? Are we aware that it is on the ability to sympathize that the survival of the entire mankind depends, as well as the future of our children?

Please meet Rachel Beckwith, the girl with a heart of gold.

For her 9th birthday, Rachel surprised her parents by not asking for any toys, dolls, new dresses or shoes. Instead, she asked her family and friends to donate this money to the organization Charity Water that helps people in developing countries to survive in the conditions of drinking water shortage. Her target was to raise US$ 300 for saving a few people in need of water...

“On June 12th 2011, I am turning 9”, she wrote in her special donor page. “I found out that millions of people don’t live to see their 5th birthday. And why? Because they didn’t have access to clean, safe water so I’m celebrating my birthday like never before. I’m asking from everyone I know to donate to my campaign instead of gifts for my birthday”.

Rachel dreamt to raise US$ 300, but she actually reached only US$ 220, which was a huge disappointment for her. Still, the girl hoped to collect the remaining amount next year.

In a cruel twist of fate, she was not meant to see her next birthday. Rachel appeared to be a passenger in one out of 14 cars hit in a terrible pile-up. On the third day of her hospital stay, it was decided to turn off Rachel’s life support as the spinal cord injury she suffered proved to be fatal. By a mere miracle, except for Rachel, no one else was hurt in the accident...

While news on the terrible accident and the child’s death was spreading, it carried around also the story of Rachel’s last wish. Thousands of people from all over the world embraced the idea to fulfil it and continued donating money on the page she had created, thus turning this campaign into the largest fundraiser in the entire history of Charity Water. Over quite a short period, more than US$ 1,200,000 was collected, but donations continued flowing in.

The raised money was sufficient to save more than 31,000 people.

However, Rachel’s story would be far from complete without mentioning the good deeds that this amazing girl managed to make in her short life. Twice Rachel grew out her hair to cut it and donate to kids with cancer who needed wigs after the chemotherapy course. And even after death, Rachel had a chance to save one more life – that of a seriously ill child who needed donor organs.

This story makes us think about what Mother Teresa once said: “The concept of kindness is familiar to everyone, but this word springs to life acquiring its true value only when a person becomes committed to confirm it with specific deeds”.