“Nightingale Songs” on a School’s Facade 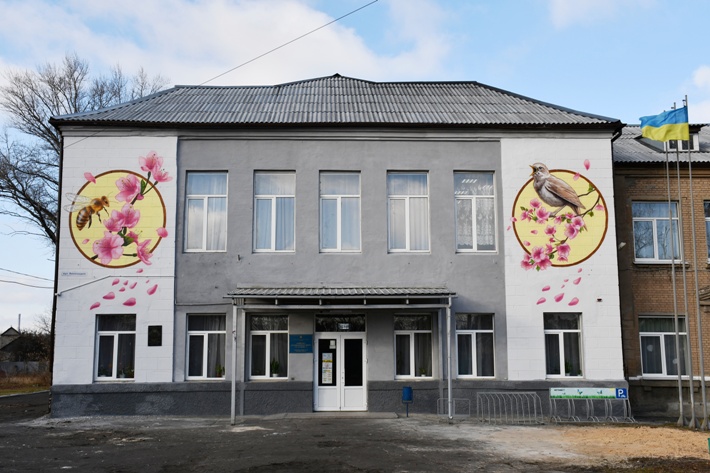 We continue to report about the implementation of the UWCF’s Social and Artistic Project “SOLOwayART” within the framework of the program “Children of Avdiivka”, which became one of the winning ones in the competition of social projects “Let’s Improve Avdiivka Together” from the NGO “Avdiivka. Joint Action Platform” in partnership with the Military-Civilian Administration of Avdiivka, with the support of Metinvest LLC. 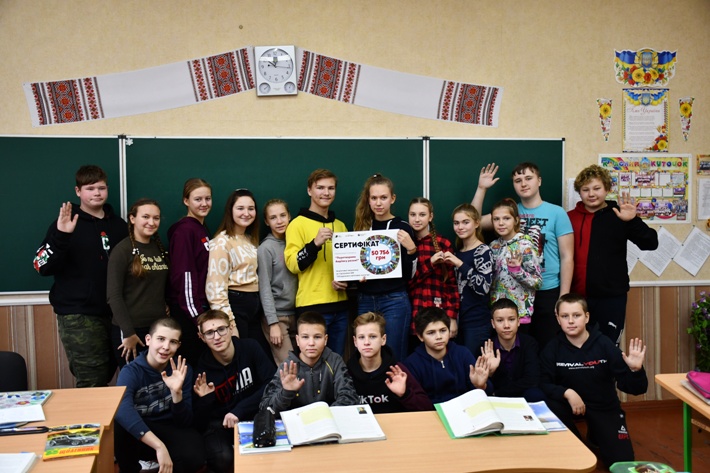 Currently, we are reporting on the implementation of the next two stages of the “SOLOwayART” Social and Artistic Project: renovation of the School no. 1 facade and application of a mural.

Within the framework of the SOLOwayART project, it was planned to carry out maintenance of the school’s front facade. Before the onset of cold weather, part of the facade with an area of 100m2, intended for applying a mural, was repaired: the facade surface was plastered and painted; also, the damaged metal boxes were replaced with new plastic ones to protect the external wiring from mechanical damage. The renovation works of the specified part of the facade were carried out by ST ENGINEERING GROUP LLC. 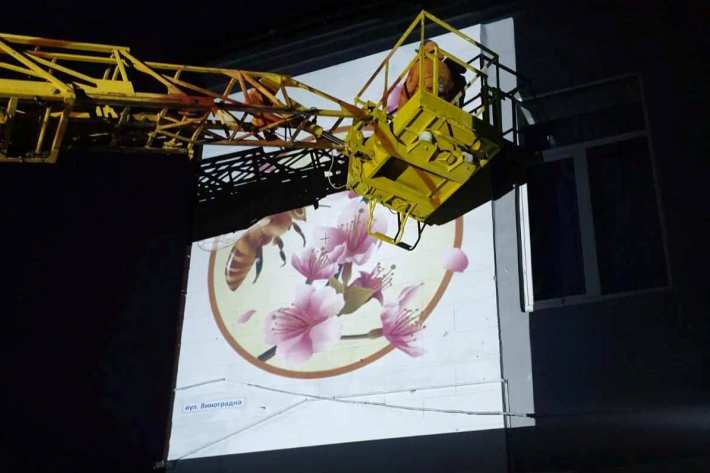 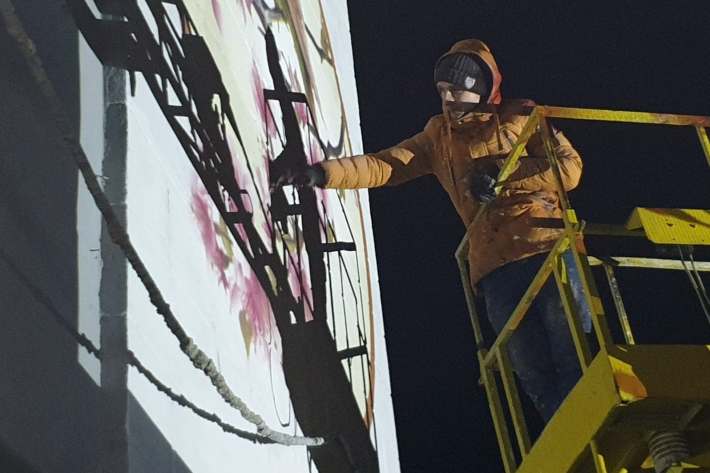 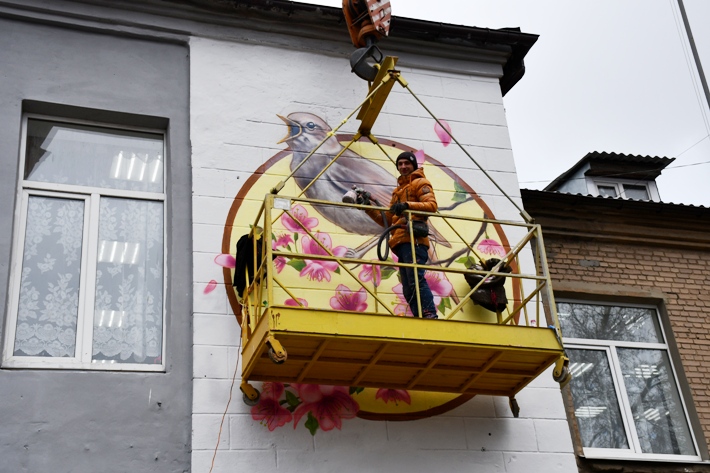 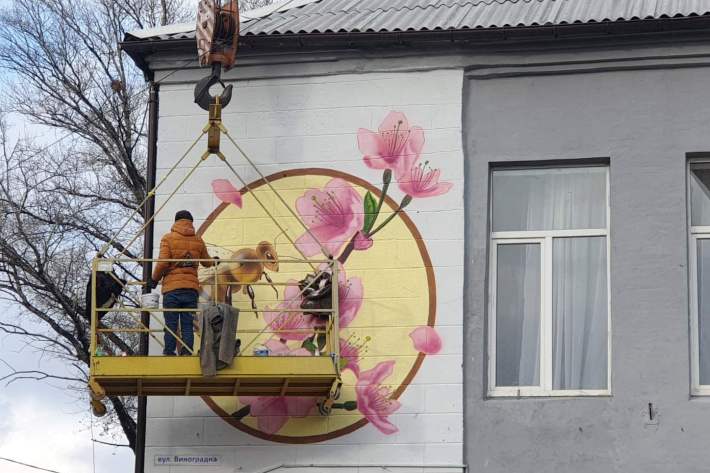 Volodymyr Pastushak, the founder of the PastART, became the author and performer of the mural on the facade of the Avdiivka School No. 1, whose sketches were selected among the others.

While developing a sketch, the project initiators decided to turn to bright, colorful images that have been popular in our region for a long time, namely: “Nightingale”, “Sakura” or cherry blossoms, “Bee”.

The mural consists of two parts, and it was painted in 3 days. For the mural, Volodymyr Pastushak used paints by Kompozit TM.

We thank PastART and personally Volodymyr Pastushak for the bright and high-quality work! 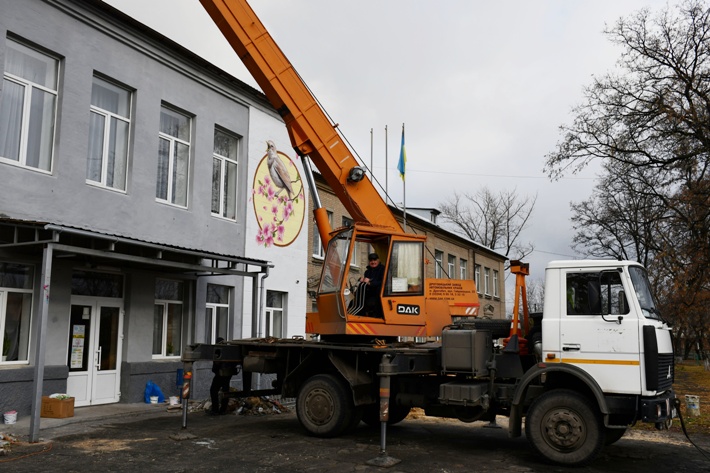 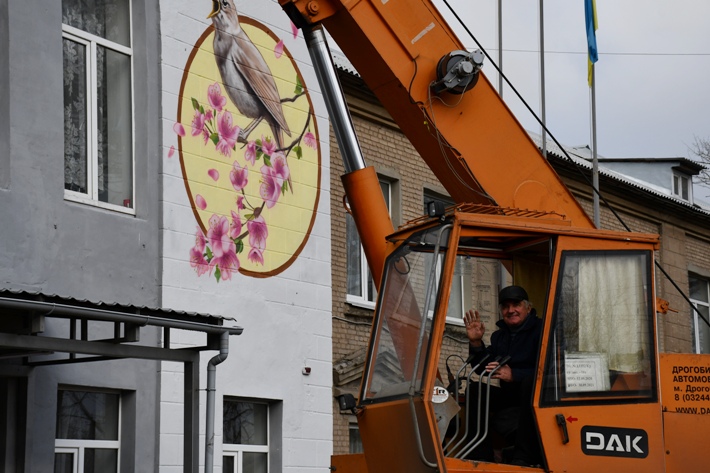 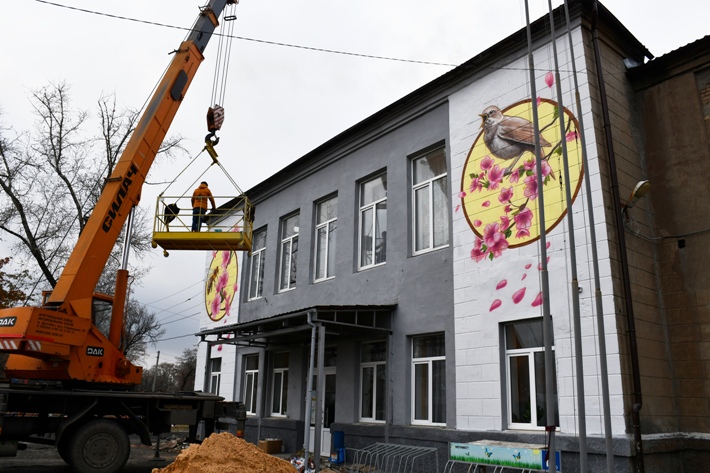 The above-described repair work and painting of the mural (most of the cost) was carried out by our foundation, covered by the grants from the NGO “Avdiivka. Joint Action Platform”.

Currently, the “SOLOwayART” Social and Artistic Project is not fully completed. In the spring of 2021, the remaining front part of the school’s facade will be finished painting and a sakura alley will be planted near the school.