Home / UWCF flag on the top of Kazbek

UWCF flag on the top of Kazbek 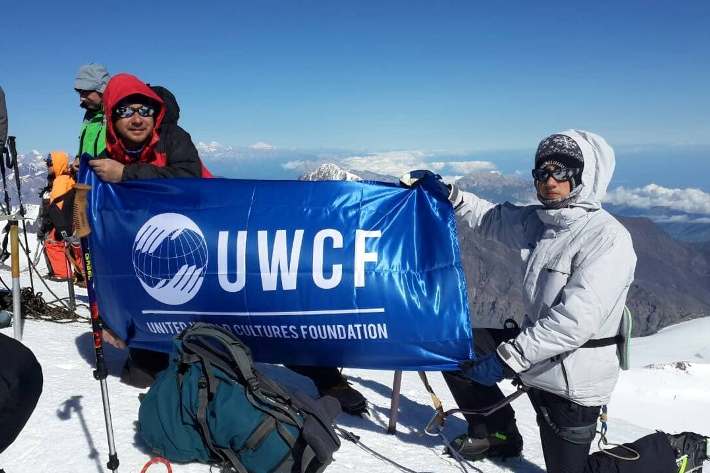 Kazbek is a stratovolcano, the eastern five-thousandth of the Caucasus, located on the border between Georgia and Russia.

Climbing on the top was with the group of 11 participants, including 5 inhabitants from Kramatorsk, Slovyansk, Druzhkovka, Dobropillya and Bilozers’kogo, the oldest of whom is 60 years old, and the youngest - 15, started from Georgia and took place on the classical route 2A of complexity.

As a result, on July 18, at 9:26 (Kyiv time), the group in full accomplished a climb to the top of Kazbek mountain. The climbing conditions were very difficult, but at the same time fascinating, the group had to "catch" the weather.

"During the ascent there was a strong wind - 80 km per hour, frost on the top - 15 degrees!" - shares the impressions head of the club of climbers of Kramatorsk, the candidate for the master of sports, the champion of Ukraine in mountaineering - Roman Strel’nikov.

Three generations together step by step reached the top and celebrated two great anniversaries, having established there the flag of Ukraine and the flag of Kramatorsk. The UWCF flag also visited the top of Kazbek.

And no matter how life was raging far from the mountains, before, now and tomorrow, they will remain the strongest magnet for thousands of people. Everyone is looking for theirs, he needs it. And - finds... 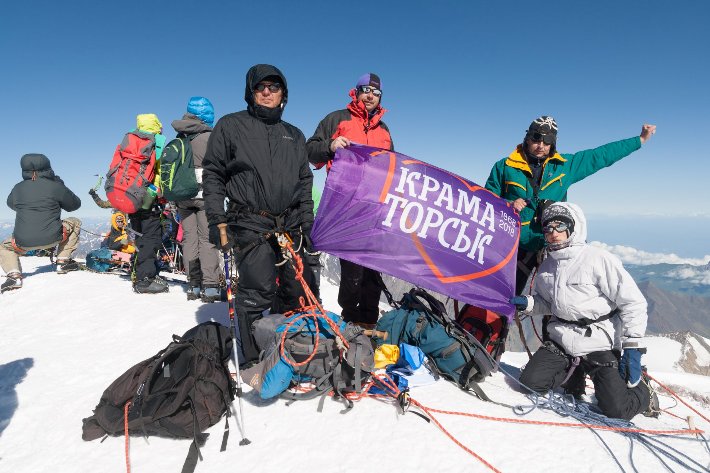 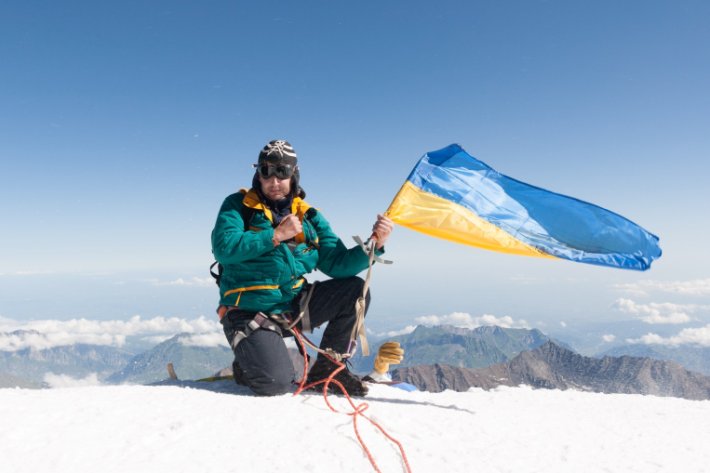 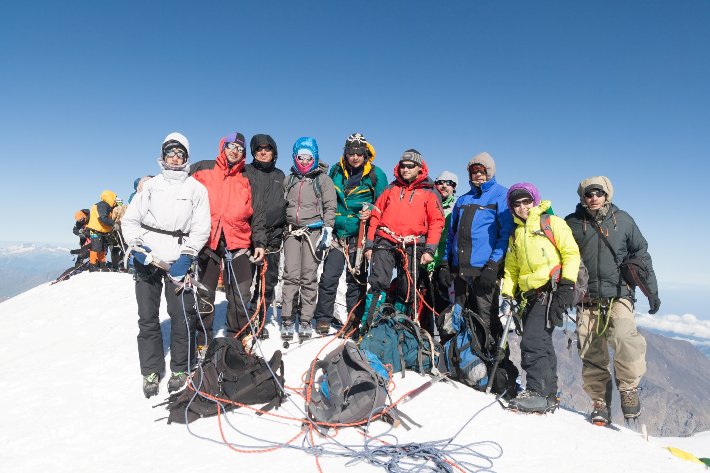